Looking to buy or sell property in Petersfield?
The team at haart estate agents is here to help

London and Portsmouth are both within easy reach – in fact, the town used to be a staging post on the old London to Portsmouth road. You can be in London Waterloo in an hour and a quarter by train, or travel by car via the A3. 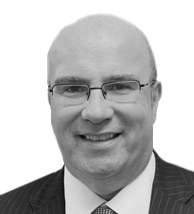 We can help you buy or sell your property in Petersfield

Whether you are buying or selling a property in Petersfield, our specialists have the local market knowledge and services to help you:

All properties are marketed on rightmove.co.uk and onthemarket.com, and on the haart website. We advertise in local newspapers and use an innovative social media tool called FLINK to target prospective buyers.

The haart Petersfield office is open seven days a week. Come and see us at 39 High Street, or give us a call. Petersfield is situated in the county of Hampshire and is 18 miles north of Portsmouth. It is easily accessible via the A3 and it is a one hour train journey to London, making it a desirable place to live.

The quaint market town has a population of over 15,000 and a number of nurseries and primary schools and a secondary school ranked as ‘outstanding’ by Ofsted.

Surrounded by miles of countryside, Petersfield is a sought-after area for families and a mature population.

Petersfield people love festivals. Each year there’s a Beer and Cider Festival, a Spring Festival, a Festival of Food and Drink and a Summer Festival. After all that indulgence you might like to ride off the excesses on one of the long distance cycle paths that pass through the town, or explore Petersfield Heath: acres of heathland on the outskirts of the town.

In 2018, Petersfield was named as one of the top places to live in the South East of England. Its range of shops, from popular brands to independents, its quality restaurants and pubs, and superb schools make it particularly popular with families keen to move out of London to somewhere with a community feel.